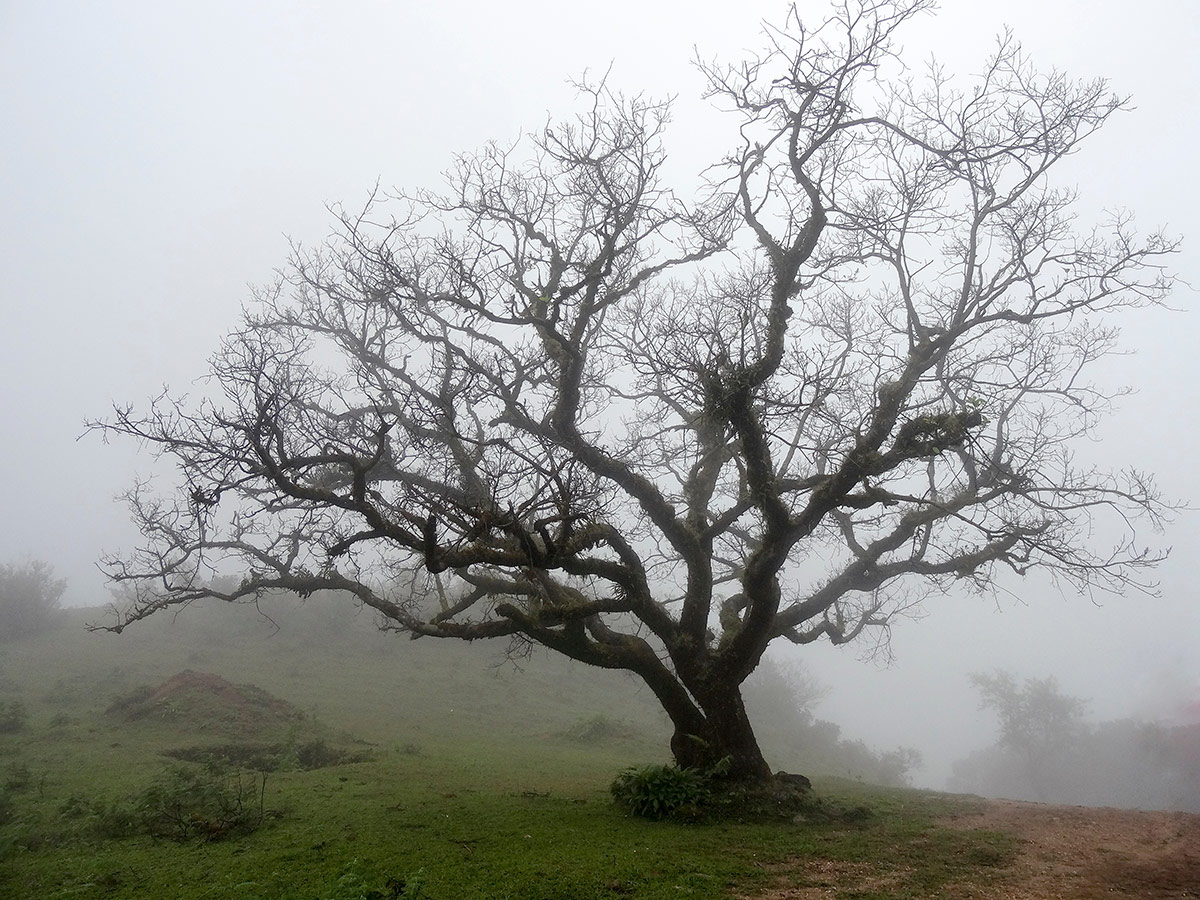 Players, one at a time, arrive at a clearing deep in the Irewood as the Autumn sun is setting. Gnarled trees fight for the dying sunlight, and the ground is thick and soft with decomposing leaves. The clearing has a small hillock with an old, mushroomed stump. You can introduce the setting in a few ways:

If you opt for the dramtic introduction and you’re using the premade characters, you might introduce them in this order. Stanteen is the first to arrive in the clearing, accidently stepping into a rope trap at the edge of the clearing. He winds upside down, for the next player to find. Lumintza arrives next, finding Stanteen. They investigate the stump, and may not notice Istvan, who spies them before entering the clearing. Istvan may choose to enter or wait, either way Zihaka arrives.

Players have a few obstacles to overcome in the first scene, but most involve introducing themselves, realizing they are seeking the same thing, and deciding whether to work together. For experienced players, you can probably let them do most of the work. With new players, you might encourage them to think about how their characters would respond to stranger, and whether they need help. Here are a few pointers for guiding players.

Players may make any number of choices, but the most likely are:

Option 1: The current clearing has no obvious special properties except some useful herbs for Luminitza, clearing the way for this character to introduce her skills set (and special abilities, if her player decides to trust the others). However, if players spend a long time in the clearing, darkness may fall and they may encounter darkness wolves (or another creature of your own devising).

If the players take special precautions (such as banding together, lighting torches to frighten off beasts), you may decide they can return safely back to the town; this may be a preferable if the party has no fighters (like Istvan or Zihaka).

Option 2: The Tree of Knowledge is nowhere in the immediate area, although the search may provide opportunities for Istvan to show off his Tracking skill, or Luminitza to show off her Forestry skill.

Option 3: Characters may hear the howl of wolves on the way home, but otherwise proceed safely to the next scene.

We will post more scenes in following weeks, including finding and dealing with Bogdan, tracking down the Tree of Knowledge, and encounters with the minions of the Ire Tree.