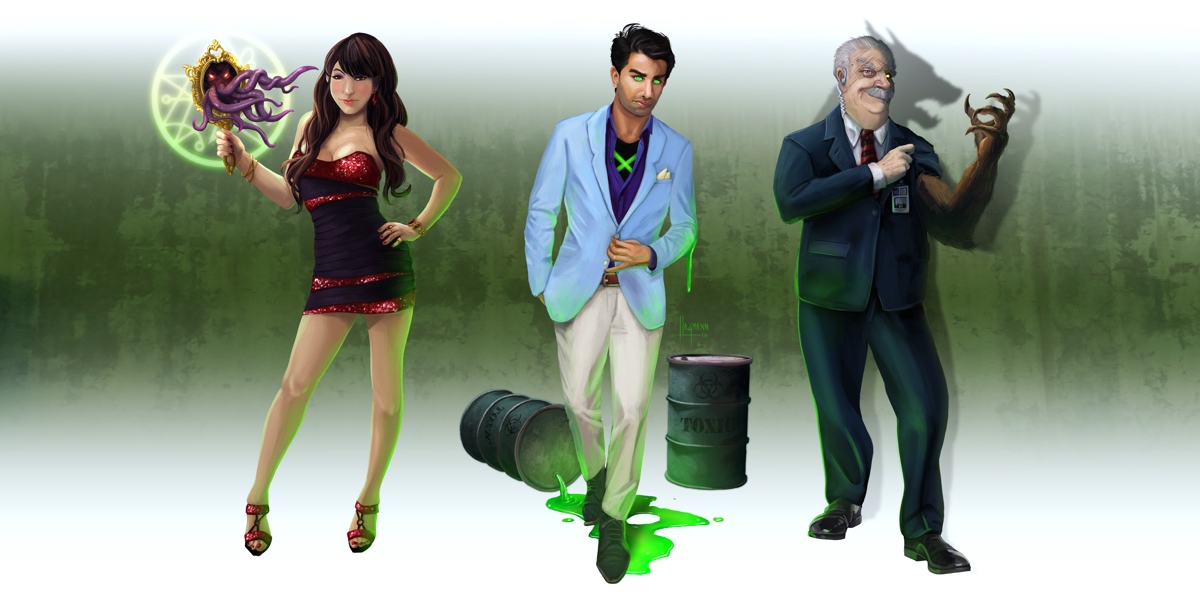 There are shining, flawless heroes, who show only strength and never weakness. Tox RPG isn’t about them. Perfect heroes get boring really quickly. Instead, Tox picks up on common thread that runs through mythology, horror, fantasy, and sci-fi: heroes with great powers also need great weaknesses. Complex heroes with both powers and flaws make for better stories (and better games)!

Below, I outline some ways below that having characters with flaws and side-effects can improve your storytelling and game play. If you want an RPG that has a built-in system of side-effects to help you take advantage of flawed or complex characters, order your copy of Tox RPG from our Kickstarter page! You can also visit our Kickstarter to download the demo rules and try it yourself

The Story-Telling Benefits of Weaknesses

Having a hero with a weakness is a huge boost to building suspense, creating satisfying character development, and creating a plot that build naturally.

The Game-Playing Benefits of Weaknesses

Not only do weaknesses make a good story, they make for better game play. Characters’ weaknesses create strategic choices, encourage collaboration, and keep the game’s focus on player characters.

In Tox, GMs and Players Design Side Effects Together

Tox RPG bakes these story-telling and game-playing benefits into the system by having characters design a unique side-effect for their characters powers. Tox allows you to design your own powers, called gifts. It gives you the same freedom to customize your side effects, called tox. With custom side-effects, you can make sure that your character’s challenges make sense for them and the story. Here’s how you customize your side effects:

How Tox Effects Improve Your Story and Your Game

Tox characters are complex individuals that set you up for an exciting story. Because characters are created with a unique weakness that reflects their struggles, Tox characters have all the story advantages of suspense and potential for character development. The tox stats designed at character creation also provide the game master with side-effects that will enrich the plot with character-based obstacles and twists.

Tox effects also increase players’ participation and involvement in creating the story. Because players design their characters’ own weaknesses, players are more invested in the challenges and obstacles they face in the story.  Players also choose when to use gifts that leave a character vulnerable to side-effects, so they also have an impact on the pacing of obstacles.

Lastly, the tox system helps GM set the right balance and pacing for both the story and the game.  Game masters have control over when to trade a character’s tox levels for a side-effect and how to interpret characters’ Tox theme. This control lets them introduce side-effects when they fit best in the story and the game. Is the story slowing down? Add a tox effect to pick up the pace or raise the stakes. Is one player spamming powers or dominating the game? Trigger a tox effect and encourage the players to rely on each other.